Bunky’s journey was a tumultuous start as he bounced between households, but the sweet dog always kept his peppy spirit and sunny outlook that somewhere, a loving pet parent was waiting for him.

Angie R. is someone who has also been through many difficulties in her life. In March 2014, Angie’s fiancé lost his battle with cancer. In this time, she leaned on her dog, Stitch, for support through the grief. Stitch and Angie supported each other with love and devotion through the sadness of loss. Unfortunately, Angie suffered more heartbreak when Stitch passed away in 2016 after 14 wonderful years together.

Concerned about senior Stitch’s approach to rainbow bridge, Angie’s fiancé had always told her that, when that time came she should “adopt and share the love with another dog.” To honor both Stitch and her late fiancé, Angie decided to do just that and began to browse the ASPCA website for adoptable pups in November 2016. That’s where she saw Bunky. 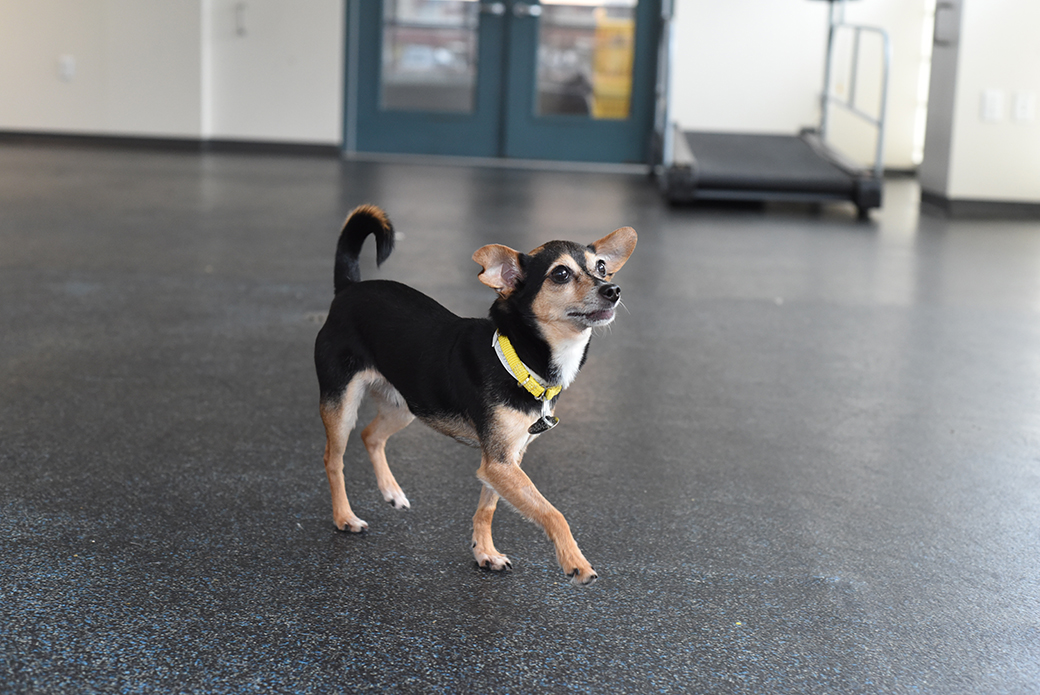 The ASPCA first met sweet Bunky at the ASPCA Animal Hospital (AAH) in May 2009. At the time, Bunky was suffering from a broken leg and his owner chose to surrender him due to his injuries. Once in our care, Bunky was soon on the mend and became available for adoption. 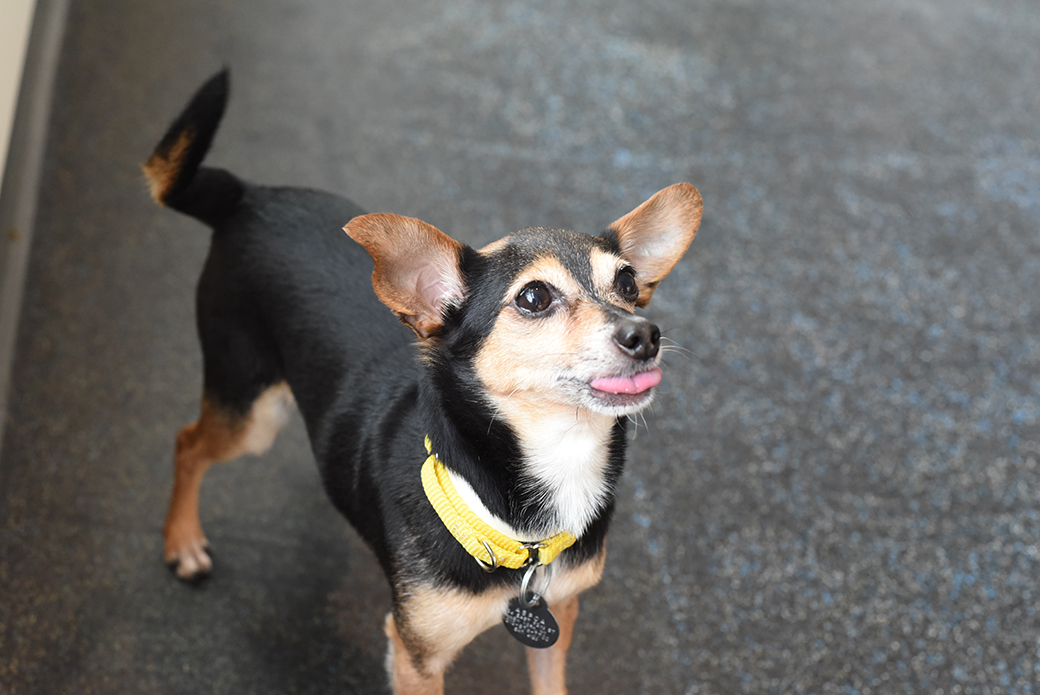 Just a few months later, Bunky found a loving home, but sadly, was returned seven years later due to a change in his owner’s circumstances. The small spunky dog was adopted again in September 2016 but was returned after just two months. Now a senior dog, Bunky was on the search for a stable home with a devoted adopter—enter Angie!

Angie felt that she could relate to the senior Chihuahua-mix, having entered Child Protective Services twice as a child. It seemed that Bunky and Angie were true kindred spirits.

“I felt connected to him,” says Angie. “I knew the feeling of feeling unwanted. When he finally felt comfortable enough to jump on my lap, I told him his forever home was with me. My friend was with me, and she turned to the behavioral specialist and told him not to worry, Bunky would be spoiled.” 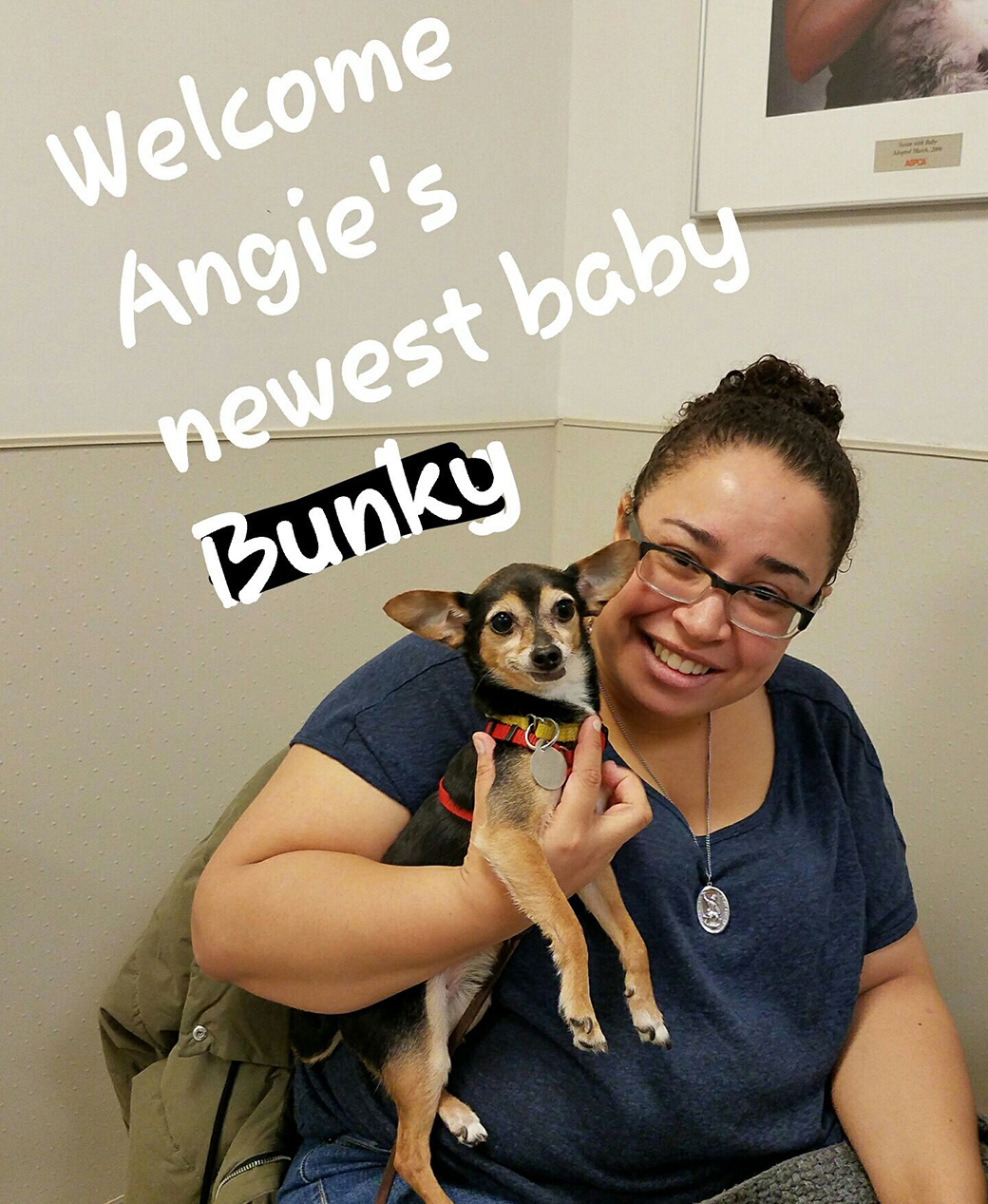 The adoption became official in November 2016. Naturally, it took some time for Bunky to settle into his new home, but Angie was calm and patient. Not knowing what Bunky’s life was like in the years before she met him, Angie knew that even as an avid dog-lover, there was still a lot for them to learn about each other.

“I think it was more trying to get him to trust me and trust that I would not take him back,” Angie recalls. “Every move I made, he’d watch me like a hawk. He followed me around the house and would leave toys alone. Now I can do demolition and he will continue to sleep. He runs around the house, looks for me only if I’m doing laundry and flings his toys all over the house.” 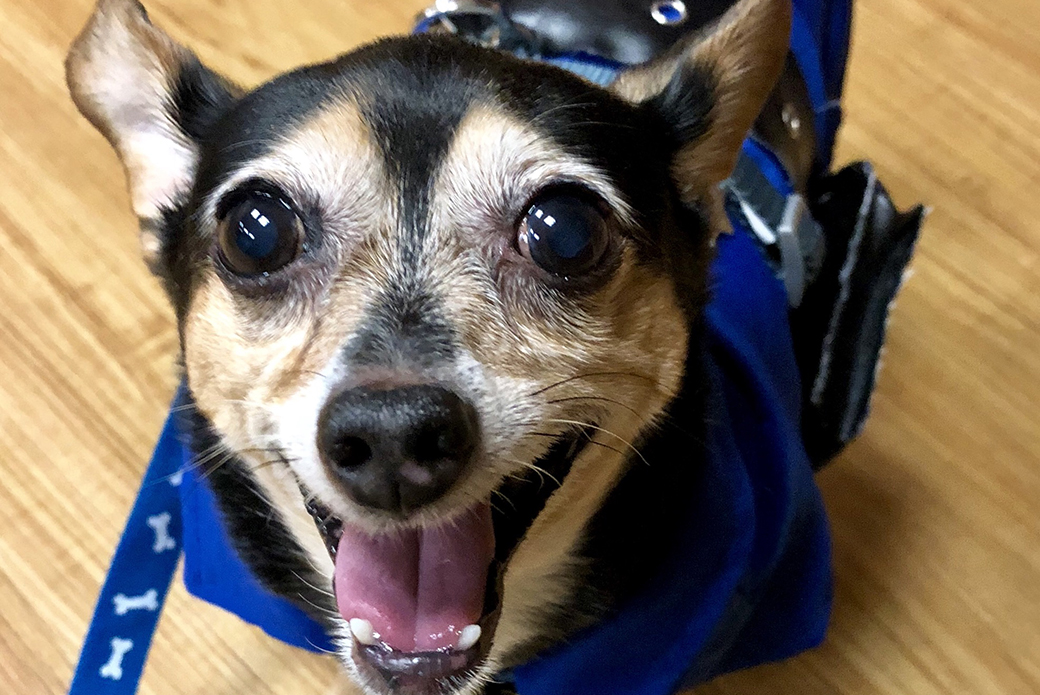 Sweet Bunky is now living the good life in a home with an adoring mom and is becoming quite the local celebrity.

“Life has been great for both of us.” Angie says happily. “He goes with me to run errands and the store owners know his name. He goes with me to see my therapist and he visits everyone in the office—he’s the unofficial mascot in the office! He has friends in my building, human and canine. His best friend is a 70 lb dog named Billy. My friends come to visit, and he loves having the spotlight.” 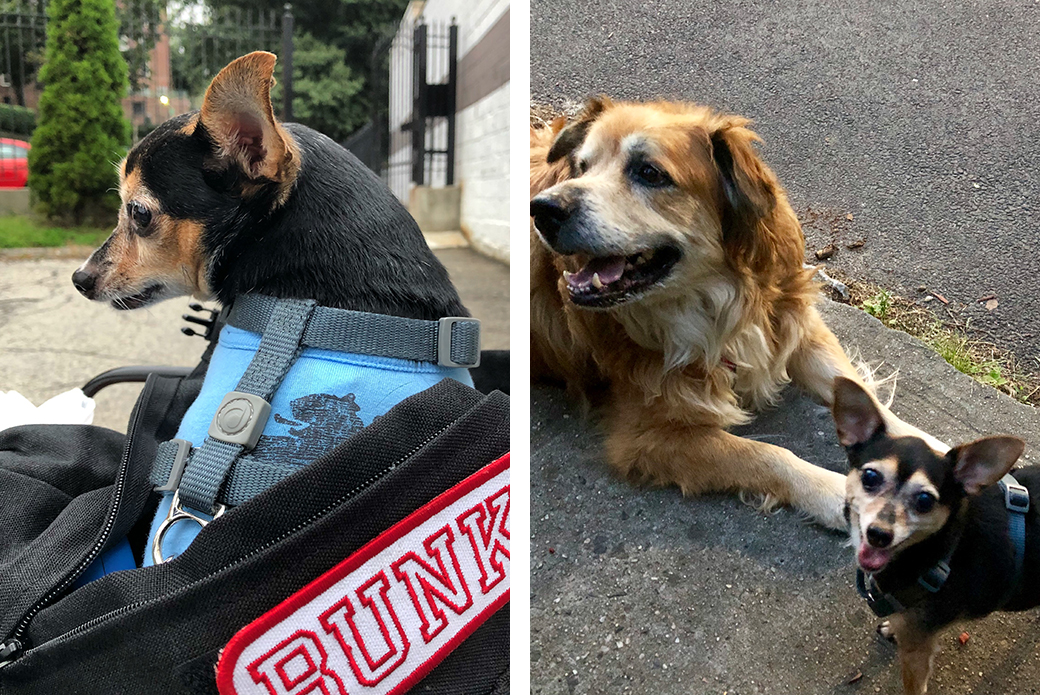 Angie continues to “share the love” in her life and advocates to Make Pet Adoption your First Option® on an Instagram® account she created for Bunky. 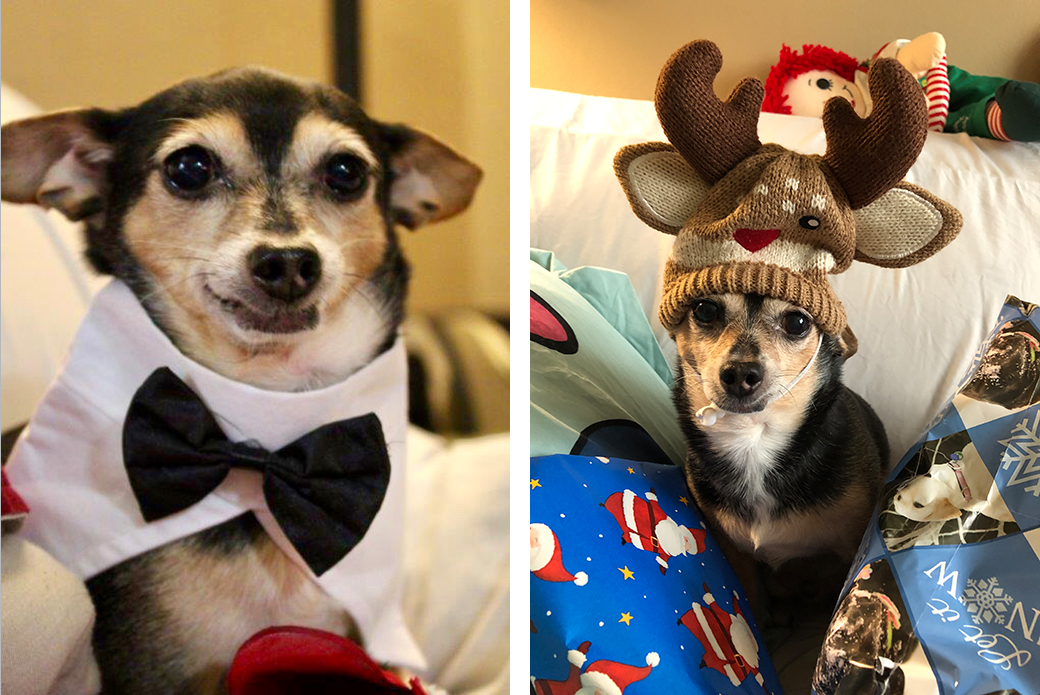 Woman throws cat cruel trash
Dogs smokers
CAT NATION: New Documentary Explores Japanese Cat Culture
Seniors & Kittens Magical Combination for Everyone
In Case You Wondered About Use for Old Fish Tank
Dog stolen by Amazon delivery driver returned after owner emails Jeff Bezos
This man is coping with dementia and his little rescue dog, Louis, is helping. A lot.
This Rescued Orange Cat Changed a Young Man’s Life for the Better
Squish’s crooked smile is a symbol of perseverance and love. Also, it’s pretty adorable.
When Darcy had trouble breathing on the plane, the flight crew came to the rescue
NEW UK LAW: MOTHERS OF KITTENS & PUPPIES MUST BE PRESENT TO BE SOLD IN PET SHOPS
THIS LOYAL DOG WOULDN’T BUDGE FROM THE ROAD. THERE WAS A GOOD REASON WHY.
SWEET LITTLE DOG DISCOVERED IN TRASH BAG FINDS HER “HAPPILY EVER AFTER”
ASPCA Assists in Seizure of Nearly 170 Dogs from Iowa Puppy Mill
Urine Marking in Cats
The Scoop on Avocado and Your Pets

The No Fear Way To Trim Your Cat’s Nails

How Much Does It Cost to Own a Dog?

Help! My Dog Is Being Bothered By Flies

This Dog Prances Wherever He Goes!

dogcat Feb 3, 2020 0
Overdressed Disease in Cats Perhaps you often said that actions such as licking the face, hair, tail ... or a claw…

Why do cats purr? A Purr-fect Question

How to Resolve a Litter Box Problem

What is an RSI indicator? How to use RSI (P1)