In August 2018, at the request of the Kansas Bureau of Investigation (KBI), the ASPCA assisted in the rescue of more than 40 dogfighting victims being kept on a property in Bendena, Kansas.

A search warrant was executed by KBI at the property. There, we discovered both adult dogs and puppies just a few months old living in deplorable conditions. Some were tethered with heavy, metal chains and lacked adequate shelter. Some dogs exhibited injuries and scars commonly associated with dogfighting. 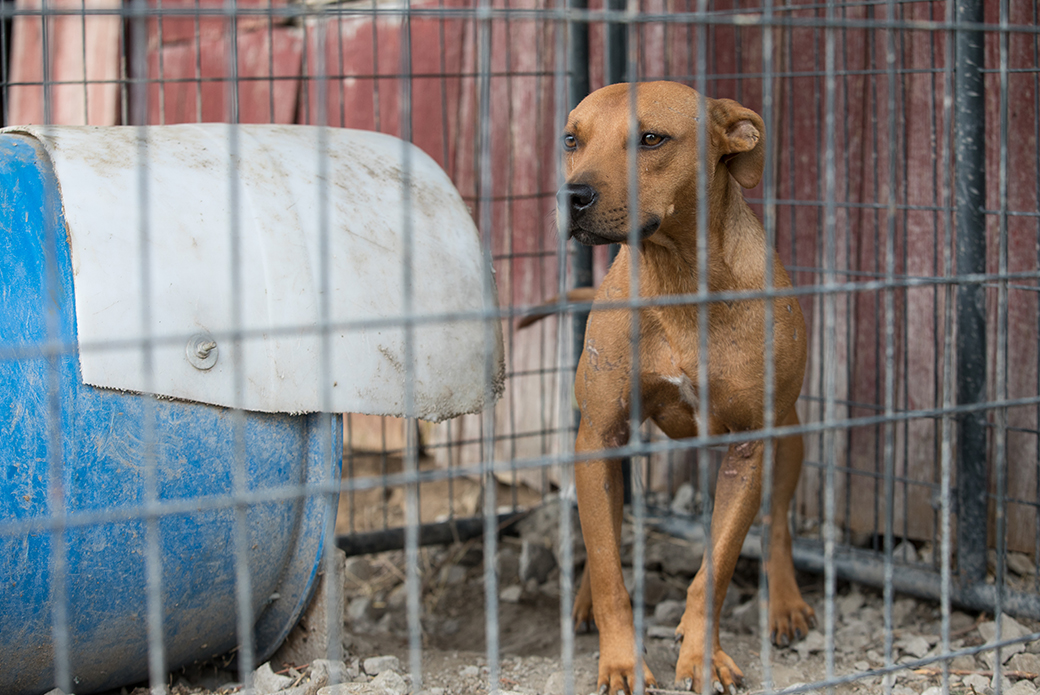 Following the rescue operation, Colton R. Albright was arrested and charged with dogfighting, possession of dogfighting paraphernalia and animal cruelty, as well as other non-animal related charges. Albright recently pleaded guilty to felony dogfighting and misdemeanor marijuana possession and received a sentence of 65 months in prison.

We are grateful to the KBI for their diligent role in pursuing this case and ensuring those involved were held accountable for the suffering inflicted on these animals. We’re also pleased that justice has been served and that the rescued dogs received the care they deserved. Most importantly, this outcome sends a strong message that animal cruelty, including dogfighting, will not be tolerated. 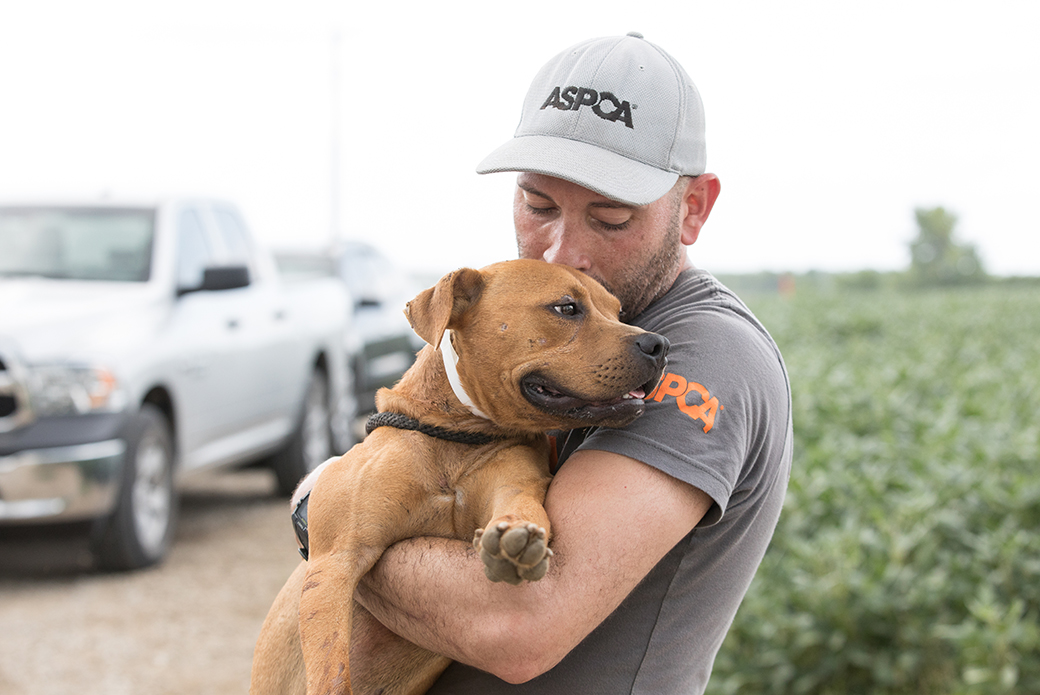 Following their rescue, we provided care for the dogs—including an additional nine puppies born in our care—until disposition was determined, at which point most of them were placed with our network of our incredible response partners across the country—including Cedar Bend Humane (IA), Citizens For Humane Action (OH) and Dubuque Regional Humane Society (IA)—and made available for adoption. 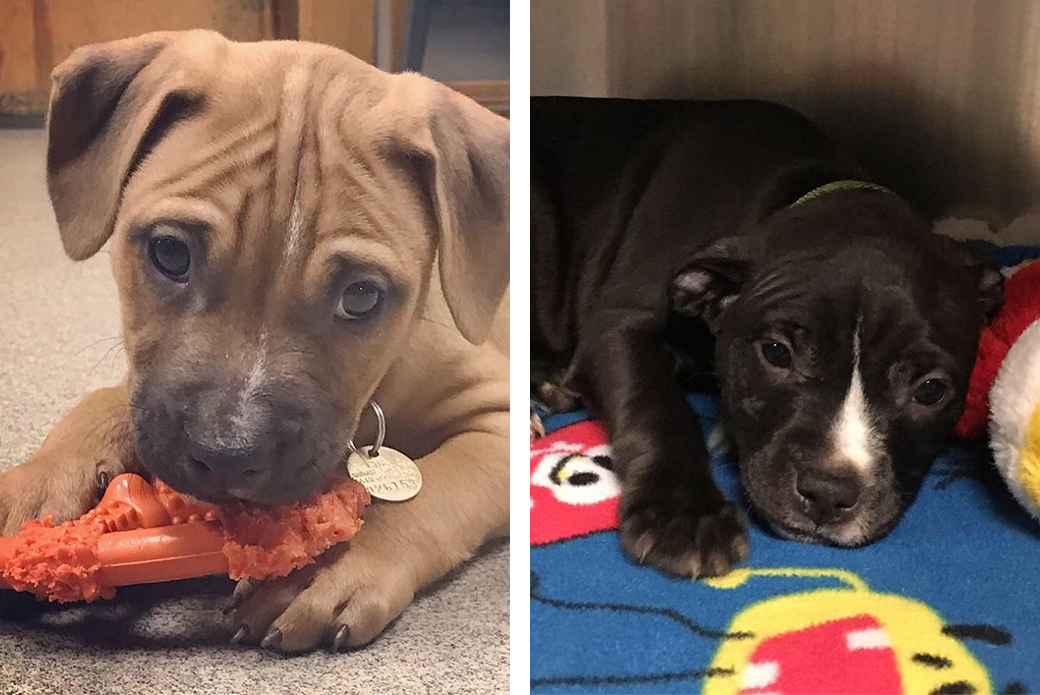 Rescued puppies (seen above) were placed with Citizens For Humane Action and found loving homes. 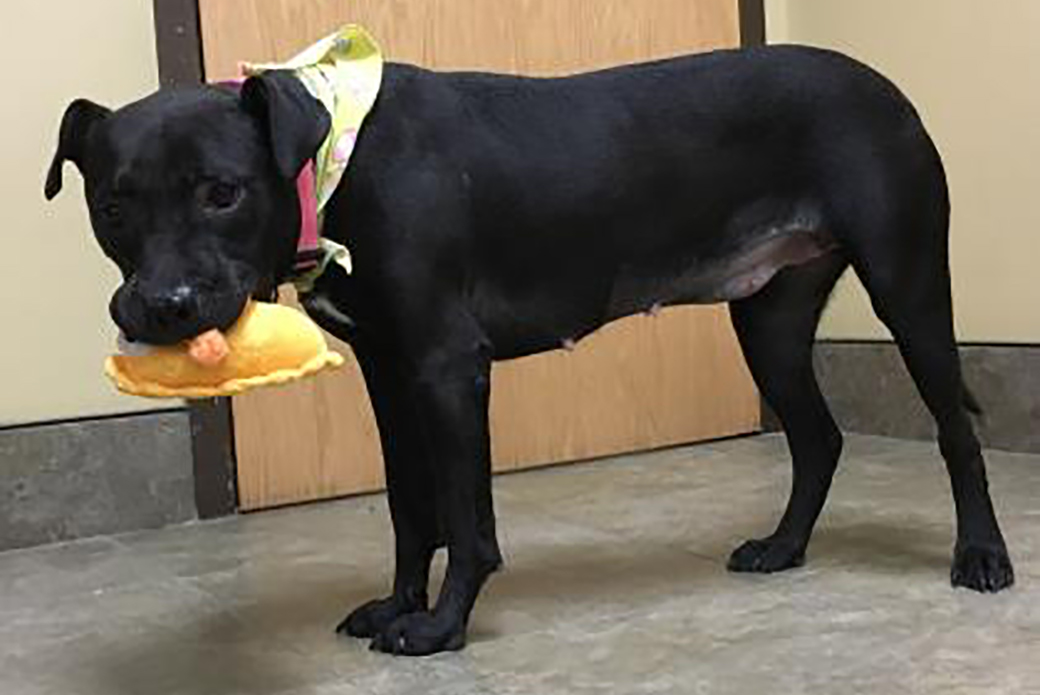 Leona (seen above) was rescued and later placed with Dubuque Regional Humane Society.

“Leona had a warm heart from the very beginning. She was fearful at first, but soon opened up to the staff after she realized there was nothing to be afraid of and that we were here to help her,” says Amanda Shaffer, Shelter Manager at Dubuque Regional Humane Society. “Our partnership with the ASPCA has been a wonderful journey and we are excited we get the opportunity to help out more animals like Leona. I am thrilled so many organizations are collaborating to achieve our goals of saving lives and building families.” 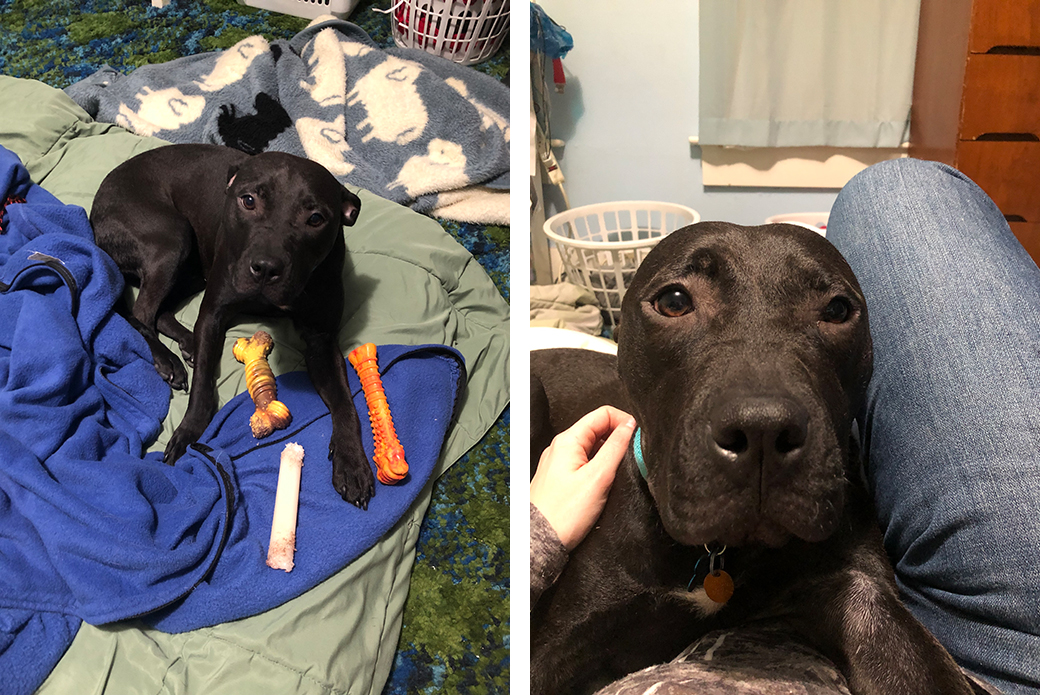 We are so happy that so many of these dogs, like Leona, are already thriving in new, loving homes and living the lives they were truly meant to have.

Mother cat story weird swarm, a baby in the nest
Christmas Miracle for Cat Returned Home After 3 Years
Need New-Year Inspiration For A Healthy 2018? Meet Shiloh!
Woman Ends Up With The Dog She Had To Give Up As A Child
NYC Woman Reunites With Dog Three Years After She Went Missing
Kitten Doesn’t Hold Back on the Love
In Honor of the Royal Wedding – Cats in Hats
Tink Is A Normal Dog In Every Way, Except She Sits In A High Chair To Eat!
Watch that amazing moment when a lost dog and her person are reunited…!
How To Build The Forever Dog: The Oldest Dog In The World
RESCUE KITTENS HELP THOSE FEELING LOSS OF LOVED ONES
What the Government Shutdown Means for Animals
Is That Houseplant Safe for Your Pets?
You Can Join Team Lucy and Honey Nut Cheerios to Support the ASPCA!
Read a Book to Benefit Yourself and a Furry Friend!
A Pug’s Life: ASPCA Gives T-Rex a Fresh Coat

Why is My Cat Vomiting?

Signs that your puppy is in pain

Vomiting in Dogs: Causes, Treatment & When to Worry

First Case of Bird Flu Spreading from Cat to Human

dogcat Aug 15, 2018 0
A veterinarian who was obtaining a specimen from one of the cats infected with bird flu at the Manhattan Animal…

Cat Health: How To Brush Your Cat’s Teeth

How to Care for Kittens

CCI Indicator and Usage – how to play IQ Option

dogcat May 31, 2017 0
What is the IQ Option, how to register and open account IQ Option How To Play IQ Option To Achieve Greatest Profits…

What is an RSI indicator? 6 ways to use RSI in IQ Option (P2)